Yesterday, on a whim, I drove to one part of Mt Crawford forest at the southern end of South Australia's Barossa Valley. The forest contains several campsites and walking trails with terrain that was undulating, grassy and punctuated by huge rock formations here and there.  A number of brave campers had set up their tents (brrr!) and caravans in various locations, well spaced from one another. Upon leaving my car, it wasn't long before an astonishing number, and variety of funghi became obvious .... 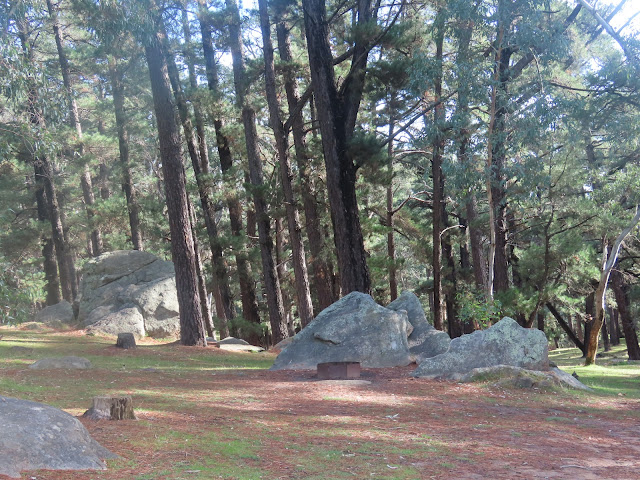 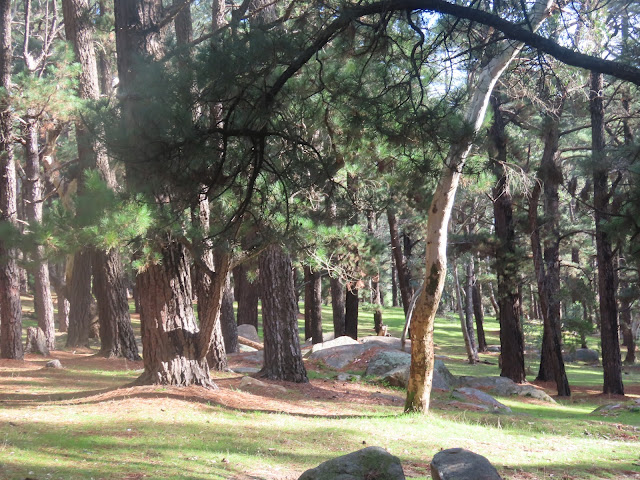 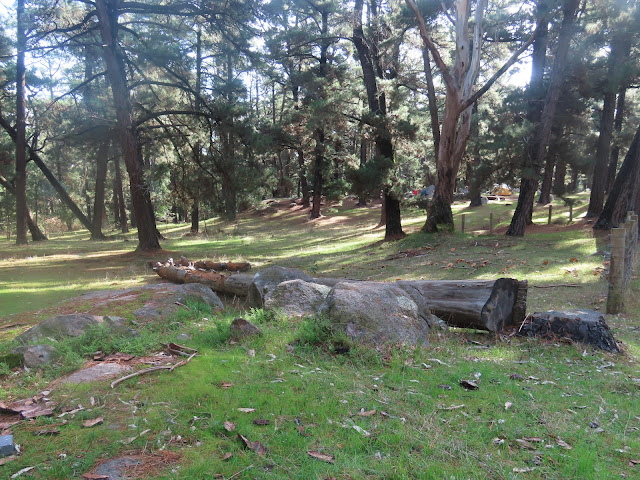 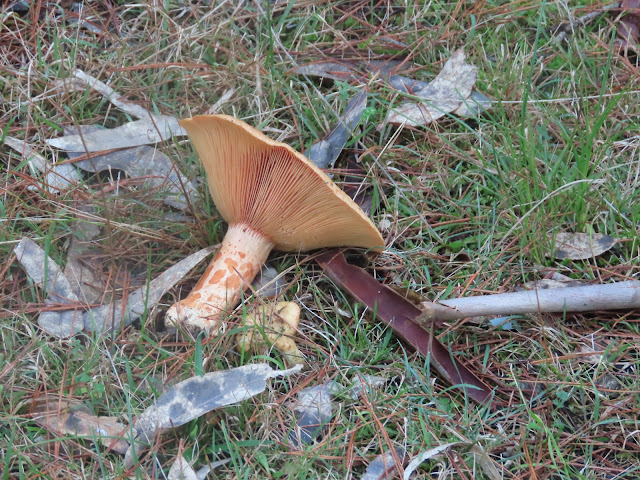 Sizeable collections of funghi could be seen in every direction 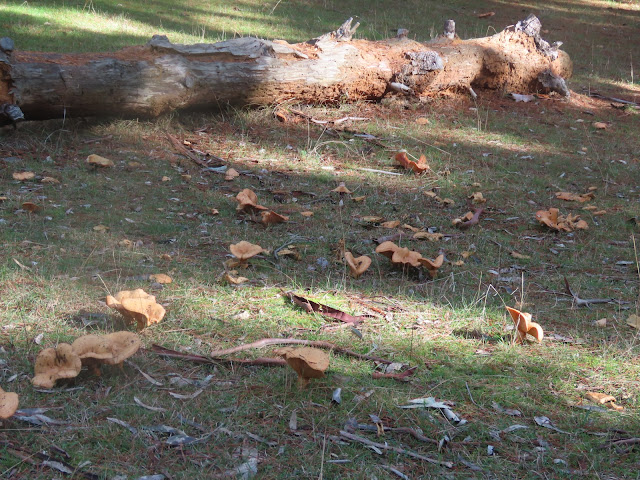 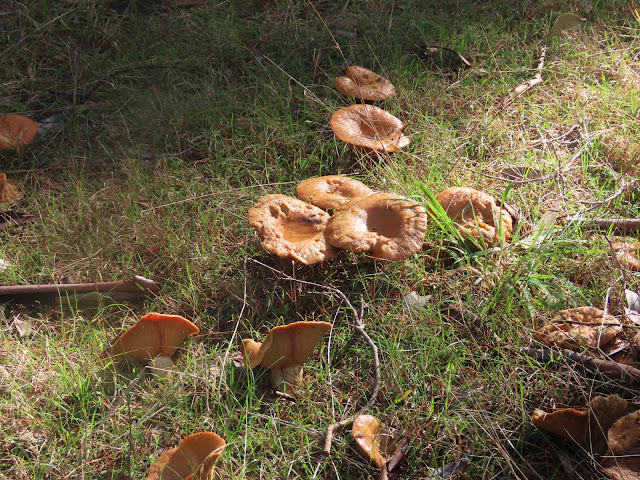 This shot gives you some idea of the size - some were as large as dinner plates! 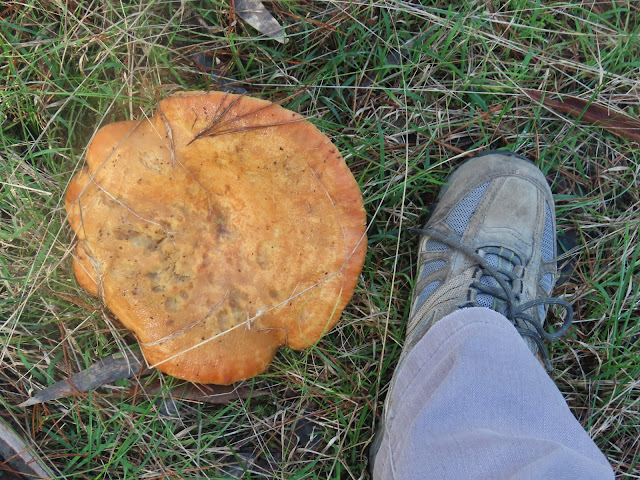 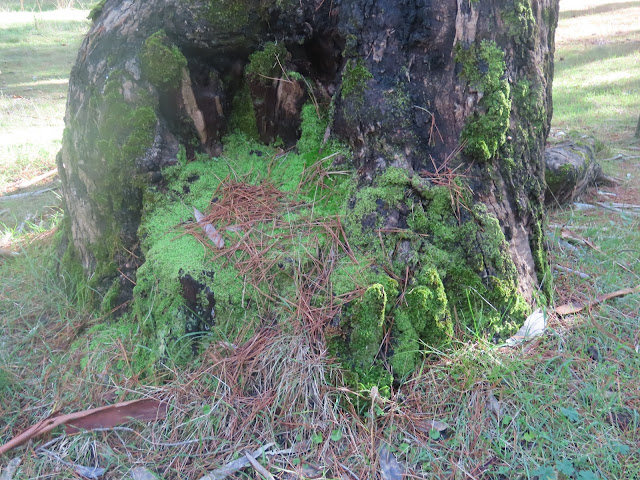 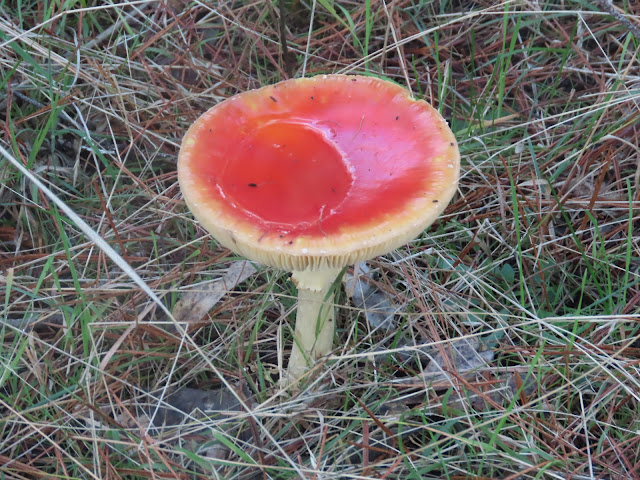 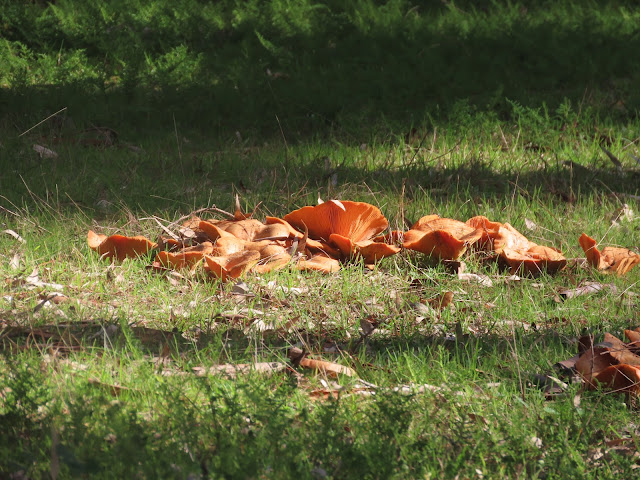 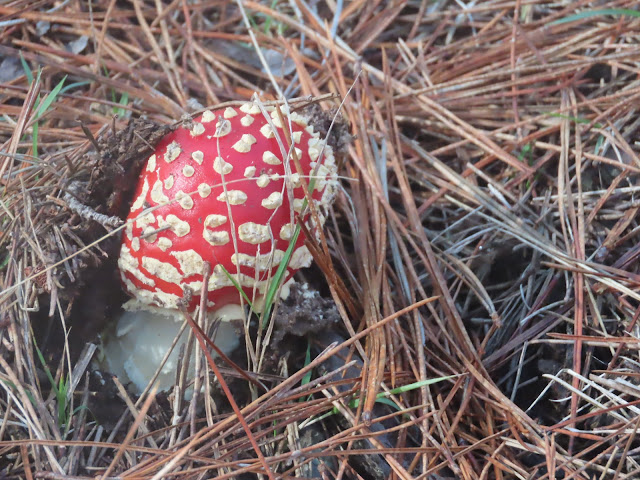 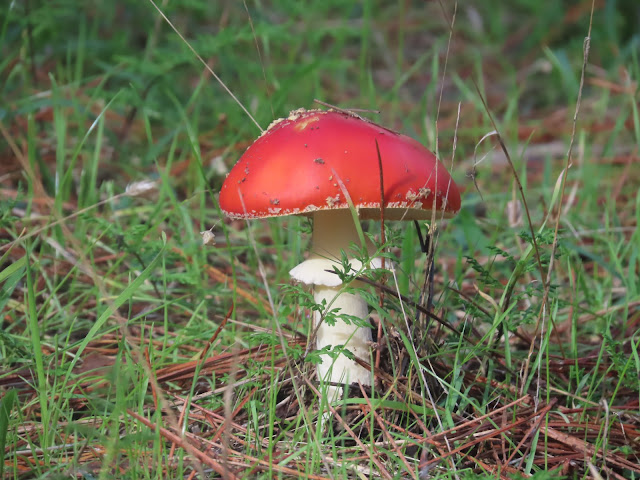 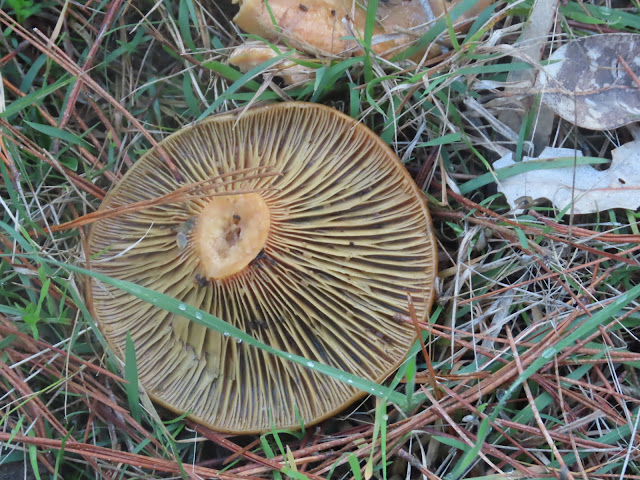 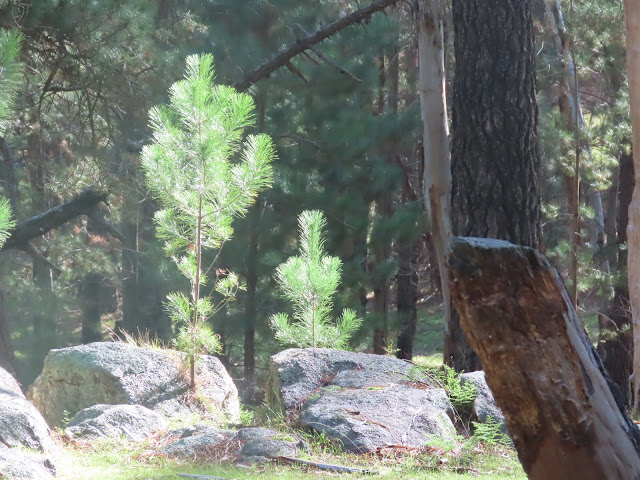 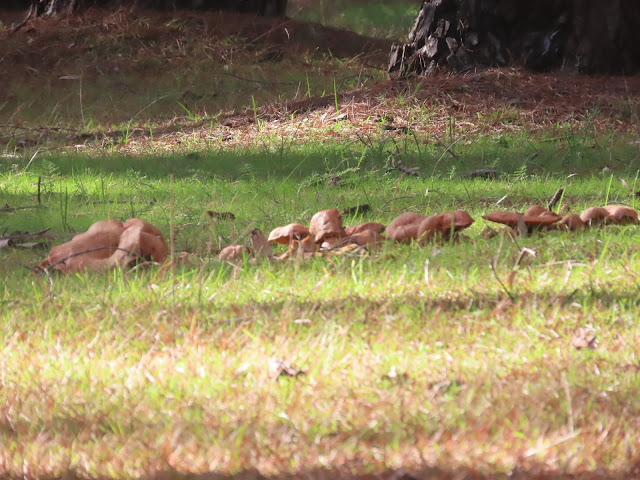 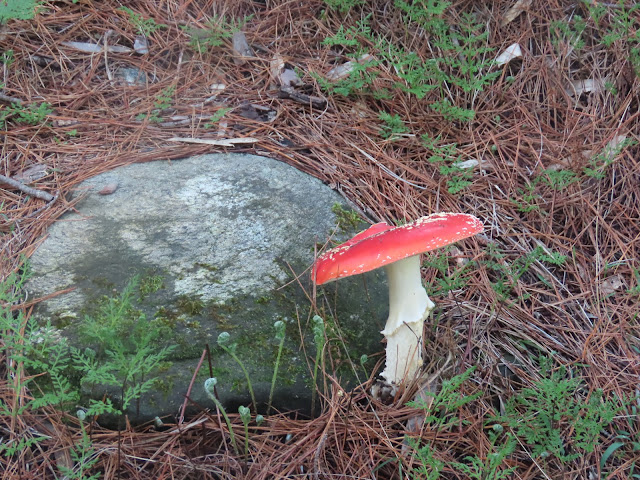 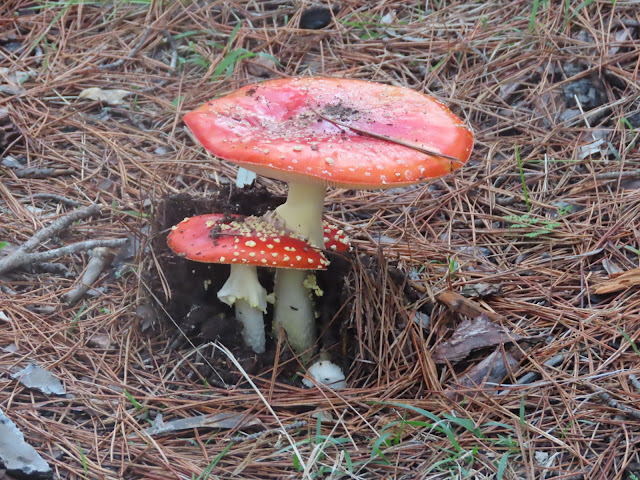 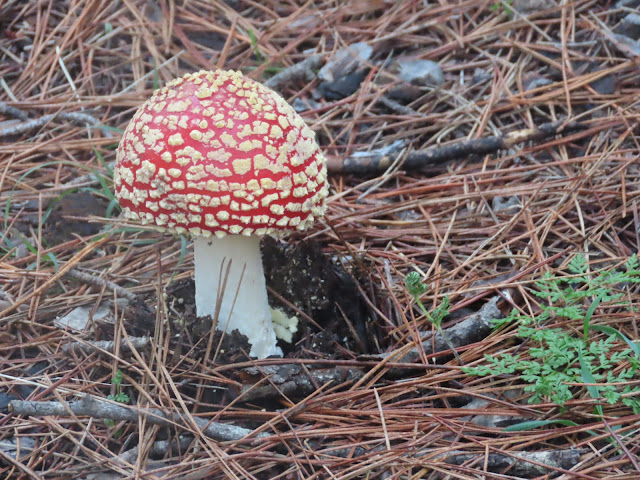 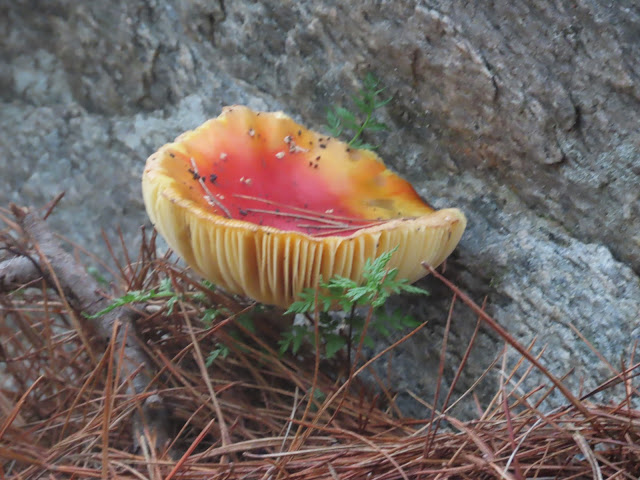 It was a pleasurable outing on a brisk but sunny early afternoon.

John "By Stargoose And Hanglands" said...

Such a varied collection of fungi. The more I look at and learn about them the more fascinating they become.

Hi, welcome to my site

The intent of this blog is to share some of the world's beautiful offerings which have blessed my journey through life - hoping you enjoy the view.

People who encourage me :