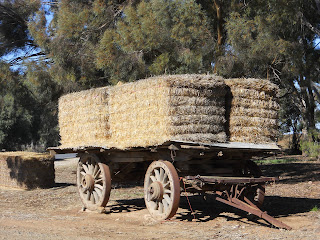 On a recent photographic foray some 100kms north of Adelaide, we came across this haywagon at the entrance to a rural property. 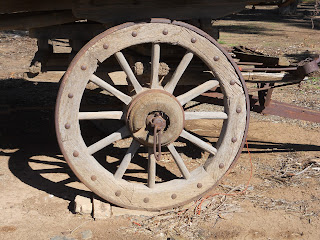 Closer inspection revealed the wonderful ingenuity and craftsmanship of yesterday's farmers and fellow country dwellers in the construction of wagon wheels such as this. (No mass production line stuff here!!)
I admire and salute our farming population - both past and present - for their persistence, patience and perseverance in the face of all kinds of "challenges", resulting in our having food on the table and clothes on our back.  Bravo! 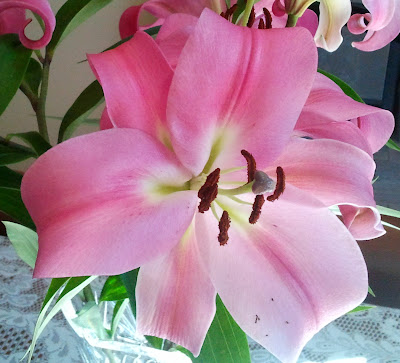 Joining in with Nick's Floral Friday at
http://www.floralfridayfoto.blogspot.com.au/

Wishing you all a marvellous week
Posted by Valerie at 7:20 AM 4 comments: 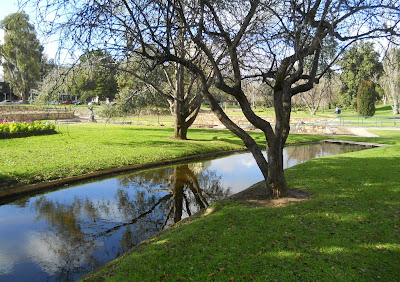 Veale Gardens, located in the South Parklands of Adelaide, is home to a large rose garden, several quaint bridges (as shown in last week's post) and this pretty stream meandering through a pretty area for a lunch-time stroll.

Participating in James' Weekend Reflections (thanks James!)
Visit http://www.weekendreflection.blogspot.com.au/ for reflections from around the world.
Posted by Valerie at 6:29 AM 4 comments:

Caught on the hop ! 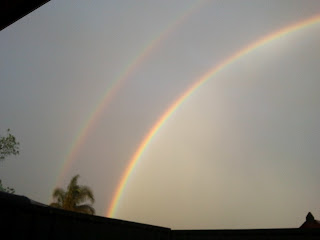 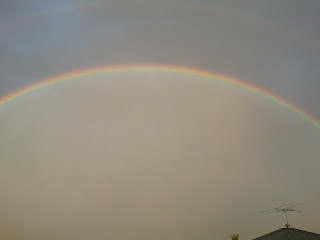 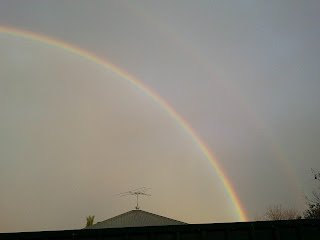 As I was leaving a friend's home the other afternoon, we suddenly spotted this double rainbow from her carport area.  Not having my camera with me (shame, shame!!), I quickly took these shots with my mobile phone.  Sorry I've not yet perfected the art of (nor had the time to try recently) stitching these shots together, which might have produced a more effective result. 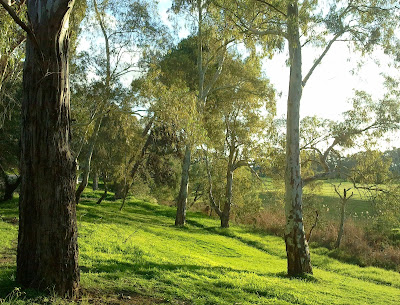 The ovals where I usually take my Jessie for a walk were both occupied this particular afternoon, so instead we walked through a nearby park.  Although we are supposed to be in Winter and it was late afternoon, it was a glorious day with only a slight crispness in the air.  (The only "down" side was the prickles caught up in Jessie's coat - a small price to pay for this environment!)  (The sunlight and shadows were captured on my Samsung Galaxy S smartphone)
Posted by Valerie at 7:47 AM 1 comment: 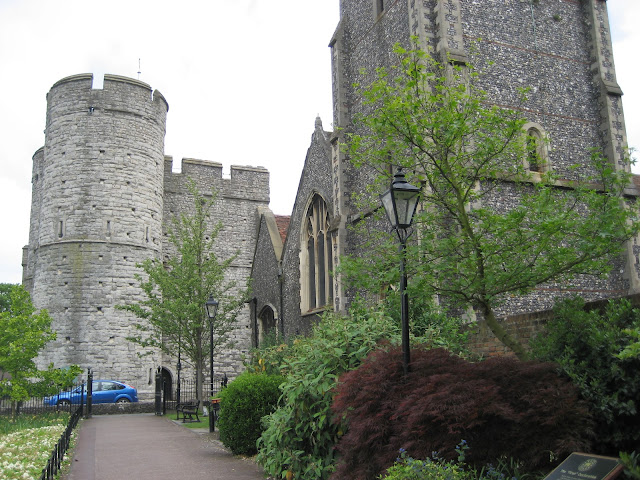 During a wander through the walled town of Canterbury in 2009 (during a 6-week return visit to the UK with close friends) I took this shot. Only today did I notice the plaque in the bottom right hand corner of the shot (!)  It refers to the "Piran Declaration", which piqued my interest.........

European Walled Towns (then called the Walled Towns Friendship Circle , WTFC) was founded in Tenby (South Wales) in 1989. It is an International Forum to promote the many mutual interests shared by walled towns in Europe. The reason for the need to maintain the historic walled towns was expressed at an Annual General Meeting in Piran in 1998 and hence is called The Piran Declaration, which states:

"Walled Towns are unique inheritances from times long past and should be treasured, maintained and safeguarded from neglect, damage and destruction and passed on into perpetuity as irreplaceable ‘Timestones of History’."

At the moment the EWT has a hundred walled town members in more than 20 countries. In addition ten organisation involved with walled towns and twenty five individuals are associate members. 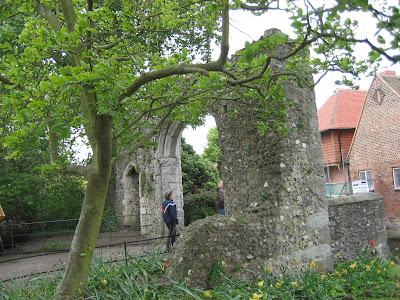 Contributing to http://ourworldtuesdaymeme.blogspot.com.au/
Posted by Valerie at 8:40 AM 58 comments:

On the lookout for "different" photographic subjects a few days ago,
we visited Doran's Antique Reproduction Furniture shop at Hyde Park, and were generously given permission to take photos of (and post in this blog) various items on offer. The following masks caught my attention - fabulously creative work and, for some reason, the second to last mask brings to my mind Tina Turner!) 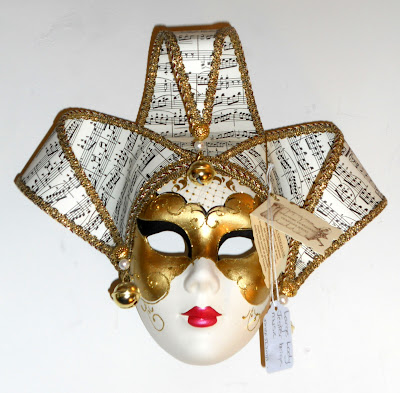 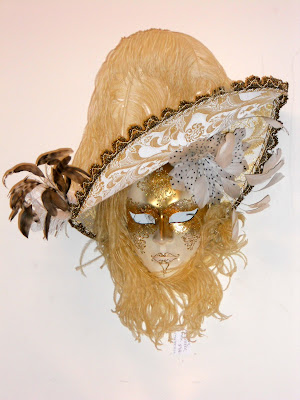 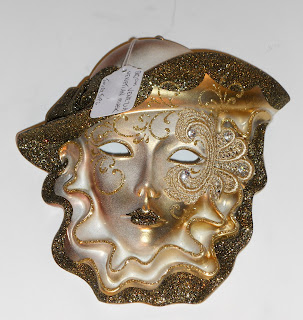 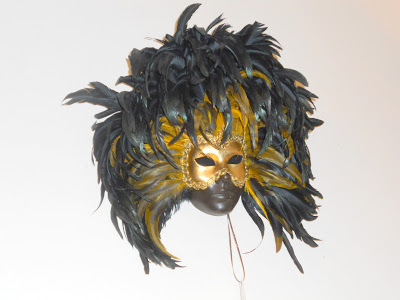 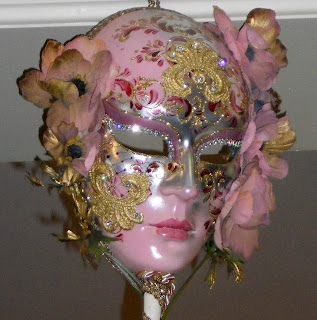 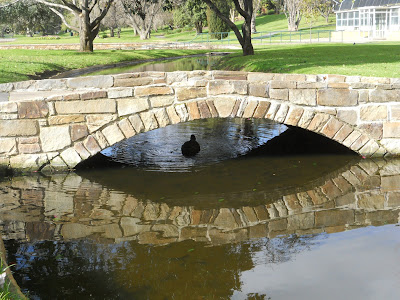 This image of a duck swimming beneath the bridge in Adelaide's South Parklands today appealed to me. On uploading it, however, the eye of a crocodile became apparent - can you see it too? (uh oh - perhaps I'd better check whether that last cappucino was "laced" !!!)

Check out James' Weekend Reflections at  http://www.weekendreflection.blogspot.com.au/   for other reflective images.
Happy weekend all.
Posted by Valerie at 8:47 PM 7 comments: 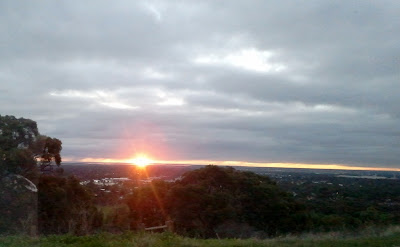 As the saying goes:  "Behind every cloud there's a silver lining" - er, in this instance, substitute "gold" for silver!

Happy skywatch weekend to all.

See more sky scenes at http://skyley.blogspot.com.au/
Posted by Valerie at 7:51 AM 9 comments:

Jessie, my 18 month-old Shih-Tzu/Lhasa Apso often "watches" TV with me and occasionally something (not necessarily another animal) will excite her interest on screen and this is her reaction - sometimes combined with barking! (In this instance, it was a couple of cyclists)

Visit  http://camera-critters.blogspot.com.au/ for more shots of the critters with whom we share this world.
Posted by Valerie at 7:43 AM 5 comments:

This shot shows only part of the spectacular Palace of Versailles (and none of the beautifully kept gardens and lake!) - but the reflected arches in the adjacent pond seemed to warrant inclusion in James' Weekend Reflections blog!
See other participants' photos at  http://www.weekendreflection.blogspot.com.au/
Posted by Valerie at 7:56 AM 9 comments:

Trees are a constant source of delight to me and this one was especially fascinating because of its "marmalade-like" colouring and "wrinkled skin" trunk.
Posted by Valerie at 8:49 AM 1 comment: 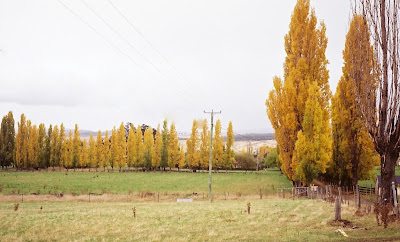 Joining fellow contributors to http://mellowyellowmonday.blogspot.com.au/
Posted by Valerie at 9:36 AM 3 comments: 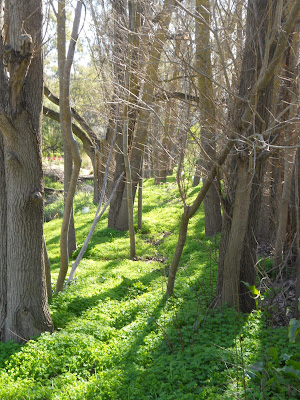 Following a spontaneous impulse, my photo buddy and I drove north of Adelaide, beyond the Barossa Valley, towards Clare.  Although just starting the second month of our Winter, it was a glorious day - blue skies, some wispy clouds up high and a deliciously warm sun through a slightly crisp air, with temperature around 14 degrees C, all combined to produce a most enjoyable "expedition".
This pretty walkway ran alongside a creek bed (surprisingly dry after the high volume of rain we've had recently).

Contributing to http://shadowshotsunday2.blogspot.com.au/ (with thanks to the hosts)
Posted by Valerie at 8:25 AM 9 comments: 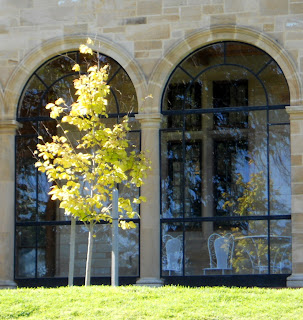 This was the view looking up from the lawns towards the front of Carrick Hill estate
(featured on this blog previously) which is beautifully situated in the Adelaide Hills with a commanding view over the Adelaide eastern & western metropolitan area, right through to the coastline of St Vincent's Gulf.

Happy weekend to all!
Posted by Valerie at 9:15 AM 4 comments: 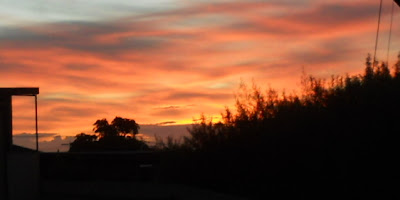 This was the actual sunset which was partially captured in my car window and posted in last week's "weekend reflections" - a real fiery finish to the day.

Participating in "Skywatch Friday" at http://skyley.blogspot.com.au/
Posted by Valerie at 7:26 PM 13 comments:


Late last year, on an unseasonally cold and wet morning, my friend and I braved the elements to visit a local community park.

These pretty, wild nasturiums cascading over the banks caught my eye as the rushing waters cut a swathe through the undergrowth. 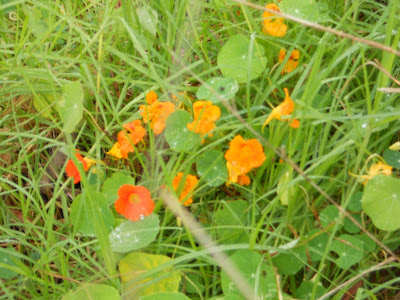 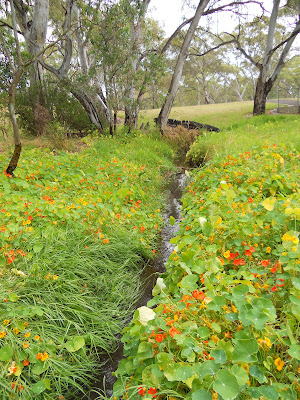 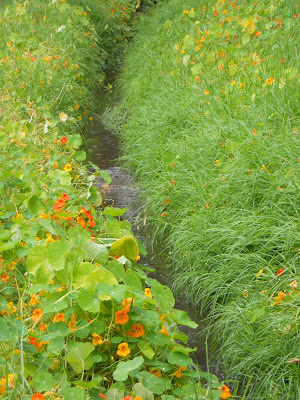 Hi, welcome to my site

The intent of this blog is to share some of the world's beautiful offerings which have blessed my journey through life - hoping you enjoy the view.

People who encourage me :